Promoting, supporting and producing creative and performing arts projects which benefit the community in and around the Sid vale

The Poet and the Minister – Sidmouth’s untold story!

Written and Directed by Christine Hardy

In 1830s Sidmouth an unlikely friendship develops between a privileged poet, daughter of one of England’s richest men, and a poor non-conformist minister with the gift of inspired oratory.

Elizabeth Barrett-Browning was one of the most prominent poets of the Victorian era. In 1832, when she was 26, her family moved from Herefordshire to Sidmouth, first to Raferel House, now 8 Fortfield Terrace, and later to Bellevue, now Cedar Shade, in All Saints Road.

While living in the town Elizabeth was inspired by the eloquent sermons of the Reverend George B Hunter, minister of Marsh Independent Chapel which was situated on what is now the Ham car park. They became friends and she sought his opinion of her work over the next 13 years until she secretly married fellow poet Robert Browning in 1846.

Elizabeth & Mr Hunter reveals their dramatic friendship, Hunter’s increasing intolerance of her success and his jealousy over her burgeoning affair with Browning.

The play includes extracts from letters written by Elizabeth with beautiful descriptions of 1830s Sidmouth, its inhabitants and charming glimpses of her life in the town. 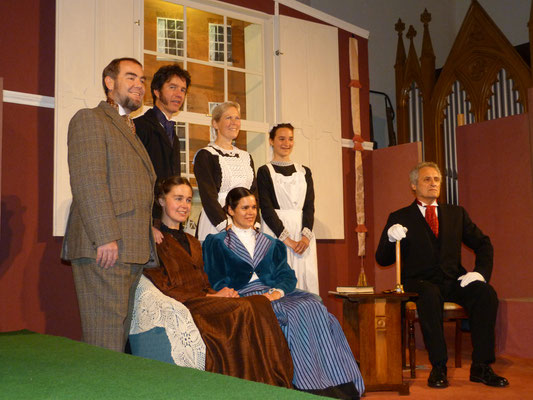 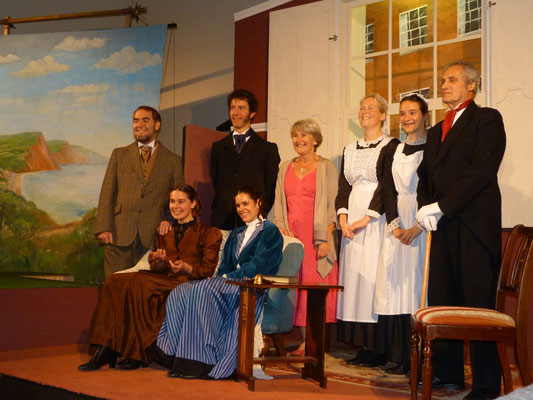 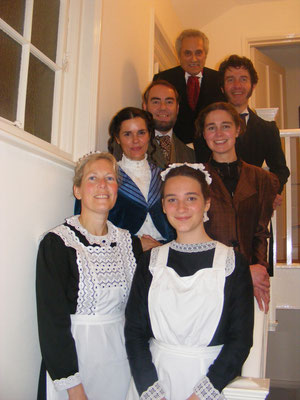 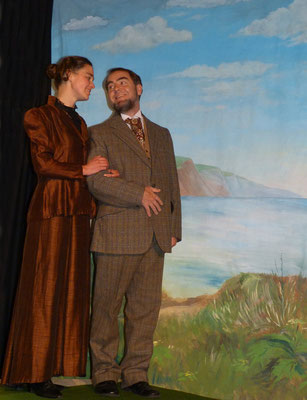 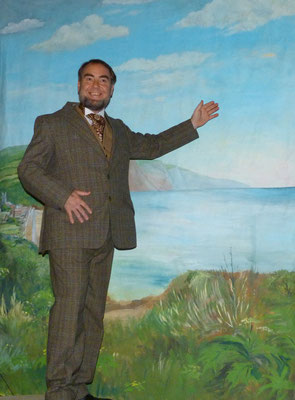 Cast in order of appearance

Edward
Moulton-Barrett Keith Hudson Elizabeth's father owned a sugar plantation in Jamaica, but had to sell the family home in Herefordshire when his fortune was vastly reduced by the impending abolition of slavery. A very private and religious man.

Elizabeth
Moulton-Barrett Tanya Rees Edward's eldest and favourite daughter. Extremely intelligent and widely read, she began writing poetry at the age of six. She was chronically ill as a teenager, and was dependant on laudanum for the rest of her life.

Henrietta
Moulton-Barrett
Colette Hudson Elizabeth's younger sister was sociable, lively and full of fun, in contrast to her sisters.

Reverend George Hunter Mark Chapman A highly educated man from Yorkshire with strong religious beliefs and a talent for oratory. He was much admired by both Elizabeth and her father but jealous of her relationship with Robert Browning.

Crow
Alexa Baker The first maid Elizabeth confided in and depended upon. A strong, practical character who took control of Elizabeth's day to day routine.

Wilson
Katrina Horth Elizabeth's second maid. Following Crow was hard for reserved Elizabeth Wilson but her quiet manner earned her Elizabeth's confidence. She was a witness at the secret marriage to poet Robert Browning.

Robert Browning Marc Colson Inspired by Elizabeth's poems, Browning wrote to her, asking to meet, and so began one of the most famous courtships in literature. They married secretly and eloped to Italy.

Sidmouth Folk Thing 2021 - We'll be out and about with an expanded Covid play as well as appearances of George and Sabra the giants.

Hopefully they'll get the opportunity to perform for Folk Festival 2021!!